Which States Care About the Planet? Sadly, Alabama isn't on any of these lists, but we hope Alabama shows up soon.

Guest post by Saveonenergy.com researched action phrases people may search for when looking into certain environmentally friendly activities; then we used Google Trends to rank the results by topic and state. Read on for the interesting – and sometimes surprising – results. 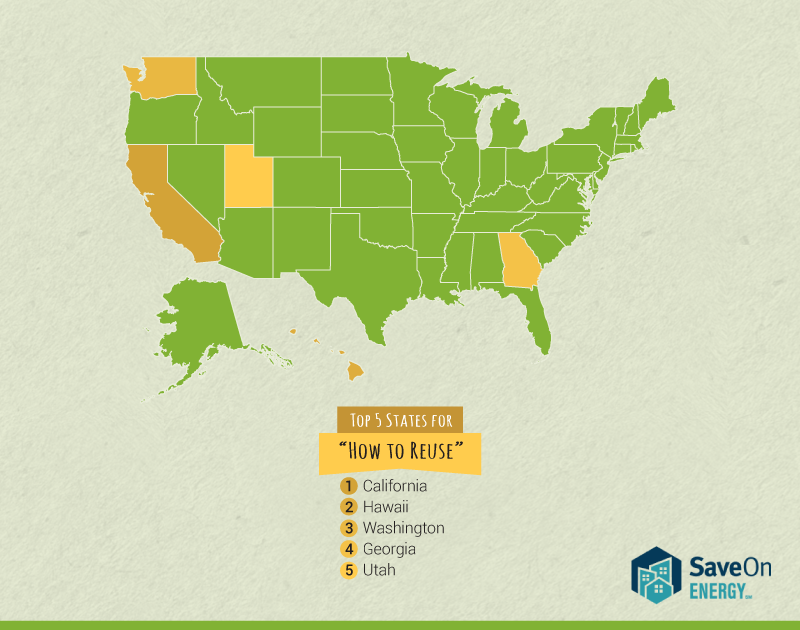 Old bottles can become candleholders; empty egg cartons can store holiday ornaments. Reusing is all the rage for eco-conscious Americans. When it comes to the phrase “how to reuse,” a high cost of living may explain the top two results: California took the lead, followed by Hawaii. Washington State, Georgia, and Utah rounded out the top five. 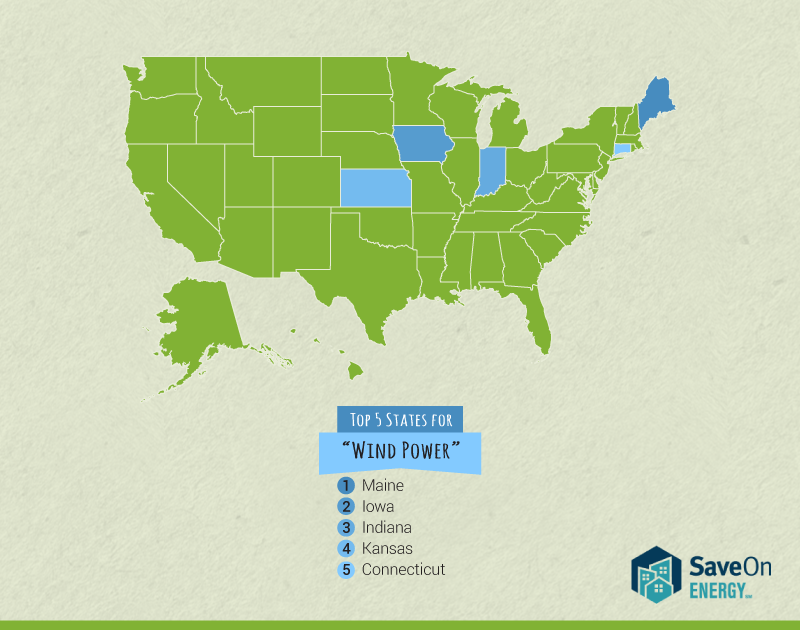 The East and Midwest breezed to the top for “wind power” searches. Maine, Iowa, Indiana, Kansas, and Connecticut displayed the most interest in this unique power source. Maine’s wind power initiative (Wind for ME) helps explain its top spot. Iowa draws a quarter of its electricity from wind, Indiana is an up-and-comer in the wind power sector, and Kansas is second only to Texas in terms of wind power potential. In Connecticut, wind power is a controversial topic: Attempts to construct turbines have met with local opposition, and in 2014, the Supreme Court weighed in to approve wind farms. (This could explain the high volume of searches.) 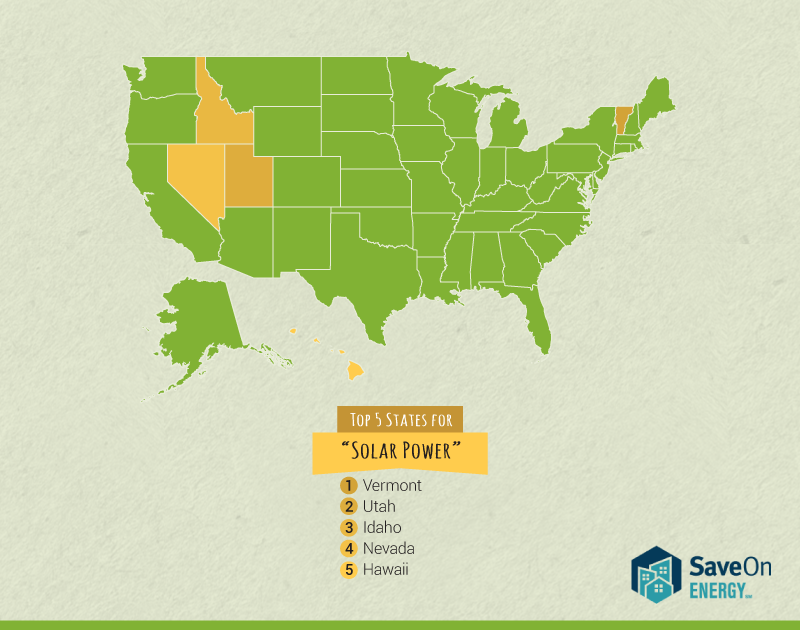 The top five hotspots for “solar power” searches were Vermont, Utah, Idaho, Nevada, and Hawaii. Vermont is an up-and-coming solar champ, with a 63% increase in money spent on solar installations between 2013 and 2014. In rural Utah and Idaho, where running power lines to some remote locations can be too pricey, solar energy often is an ideal solution. Nevada is home to the most solar jobs per capita. Finally, in Hawaii, almost one in eight homes has installed solar power. 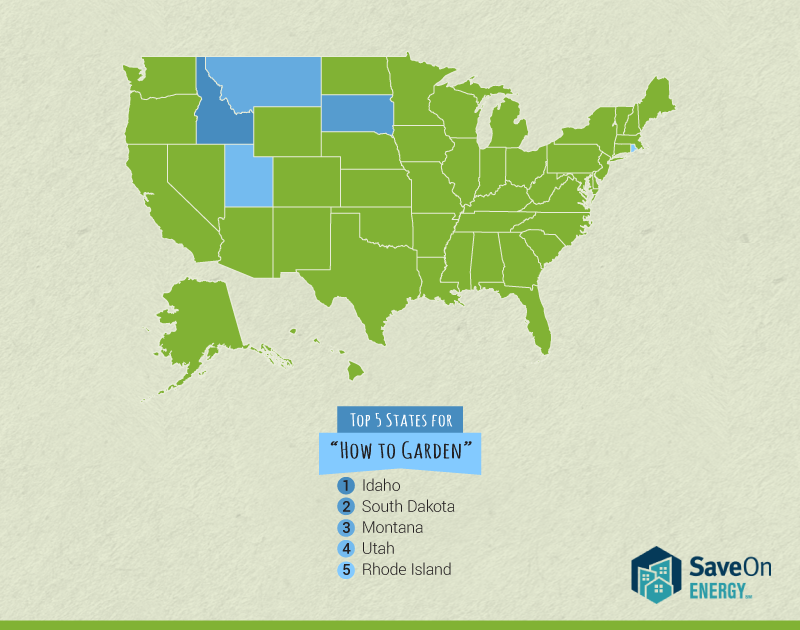 The top four states that searched for the term “how to garden” have something in common: Idaho, South Dakota, Montana, and Utah are all states with low population density. Presumably, that means many residents may have the space to garden. 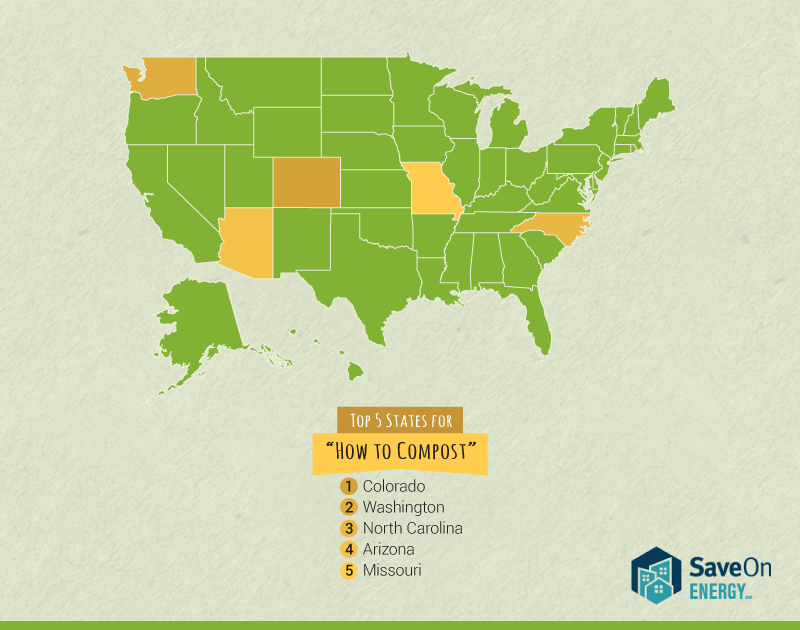 Composting involves diverting kitchen waste from the landfill and instead tossing it into bins (possibly with worms) where it can decompose to become a rich additive to soil. “How to compost” was a popular search among Colorado and Washington residents. Colorado cities, such as Denver and Boulder, provide a great deal of outreach on the topic of composting. Washington State is no surprise, either, as a new policy forces Seattle residents to compost food waste or have it sent to a processing site to avoid warnings and even fines. 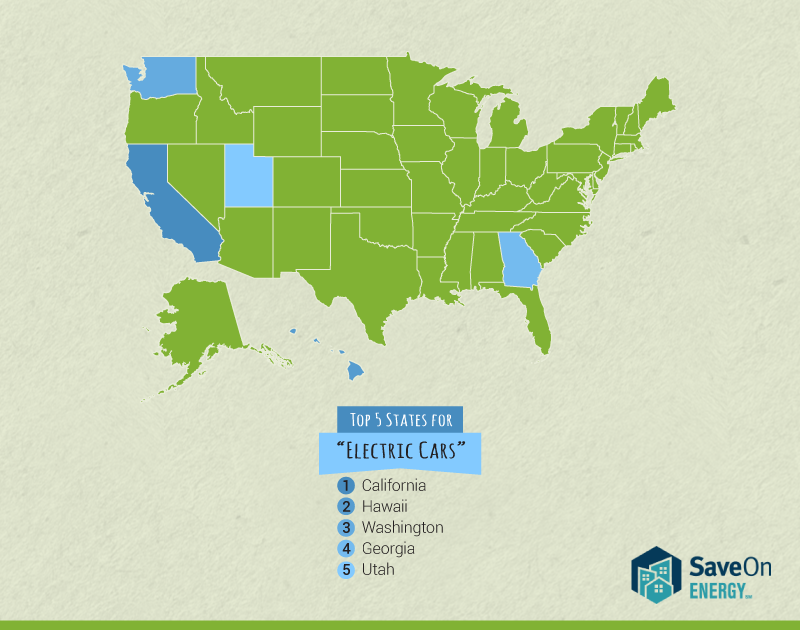 In a search for “electric cars,” California and Hawaii were first and second respectively. These stats align with the number of electric car owners in the nation as well: As of 2014, approximately 5.5 out of every 1,000 registered vehicles in California were electric, while 4.2 out of every 1,000 registered vehicles in Hawaii were electric.

To see more of these maps, explore the infographic below:

Saving the Earth is a hot topic these days – and one virtually all Americans would do well to familiarize themselves with. How can you do your part? Next time you have a minute to go online, try a search for some of these topics. You just may discover that you want to plant a garden, set up a compost bin, share tips on recycling, offer to carpool with a friend, or look into alternate energy sources.